I've done a pretty terrible job so far of documenting Archer's babyhood on this blog. I am posting a picture a day over on Instagram for #project365 (my username is akladyj in case you're not already following and would like to) so I am getting something captured but a post about my youngest is well overdue. He's 18 months old now (!!!!) so here's a list of 18 things about him:

1. He is, without a doubt, the happiest and most good-natured kid I've ever met.

4. He has an epic sweet tooth. He's had way more treats than the other two had had at his age and he is definitely my candy kid.

5. He is still attached to his blankies, but still doesn't prefer one over the other (there are three of the same blankie with slightly different patterns on them). I highly recommend trying to attach your baby to a lovey of which you have multiples. He refers to it as his "ahhhhh," pronounced like the sound you might make after a long drink on a hot day. So far he does not demand to drag it everywhere with us for which I am very grateful.

6. Unlike either of his siblings at this age, he loves citrus fruit. He is also my only child to like black olives. His favorite food, no contest, is spaghetti.

7. He is starting to love books, thanks largely to our weekly storytime at the library. Reading to very small kids is not one of my strengths so I'm happy to have found a structured time to devote to it.

8. He no longer, as of yesterday, has any bottles. I was still giving him a bottle of milk at bedtime and naptime, purely for my own enjoyment. Switching over to sippies full time has been a complete non-event for him and I am forever grateful that none of my kids formed strong attachments to their bottles. I confess to being slightly sad that I can no longer cradle him with a bottle.

10. He is firmly convinced that he ought to be permitted to do anything and everything the older two do. Don't try and tell him otherwise.

11. He is extremely observant. He knows where 75% of the dishes go from the dishwasher, will attempt to get the dog into his kennel when he sees me preparing to leave the house, knows which order I put detergents, etc into the washing machine, and will imitate the proper usage of anything from a hairbrush to a broom to a dustbuster.

12. He is obsessed with toothpaste and most days I catch him at least once wandering around with his finger in a tube of it, casually sampling as he goes.

13. He was hilariously terrified by some neon grow-a-dinosaur toys the big kids got in their stockings. Wouldn't get in the bathtub until I'd removed and hidden them all.

14. He has gotten ahold of a paint-saturated roller and done some of his own decorating not once but TWICE. Perhaps more my fault than his.

15. He is very attached to me and finally, just today, consented to stay in the care of other adults while I attended a meeting for an hour and a half. It was very nice to have a break and I'm glad he's growing more confident but as with (almost) everything with the last baby, it's bittersweet.

17. He loves music and dancing as much as his big brother and sister.

18. He is utterly adored by each and every one of us. He's usually the last to wake up on weekday mornings and we are all just a little bit happier when I bring him down to join the rest of us. 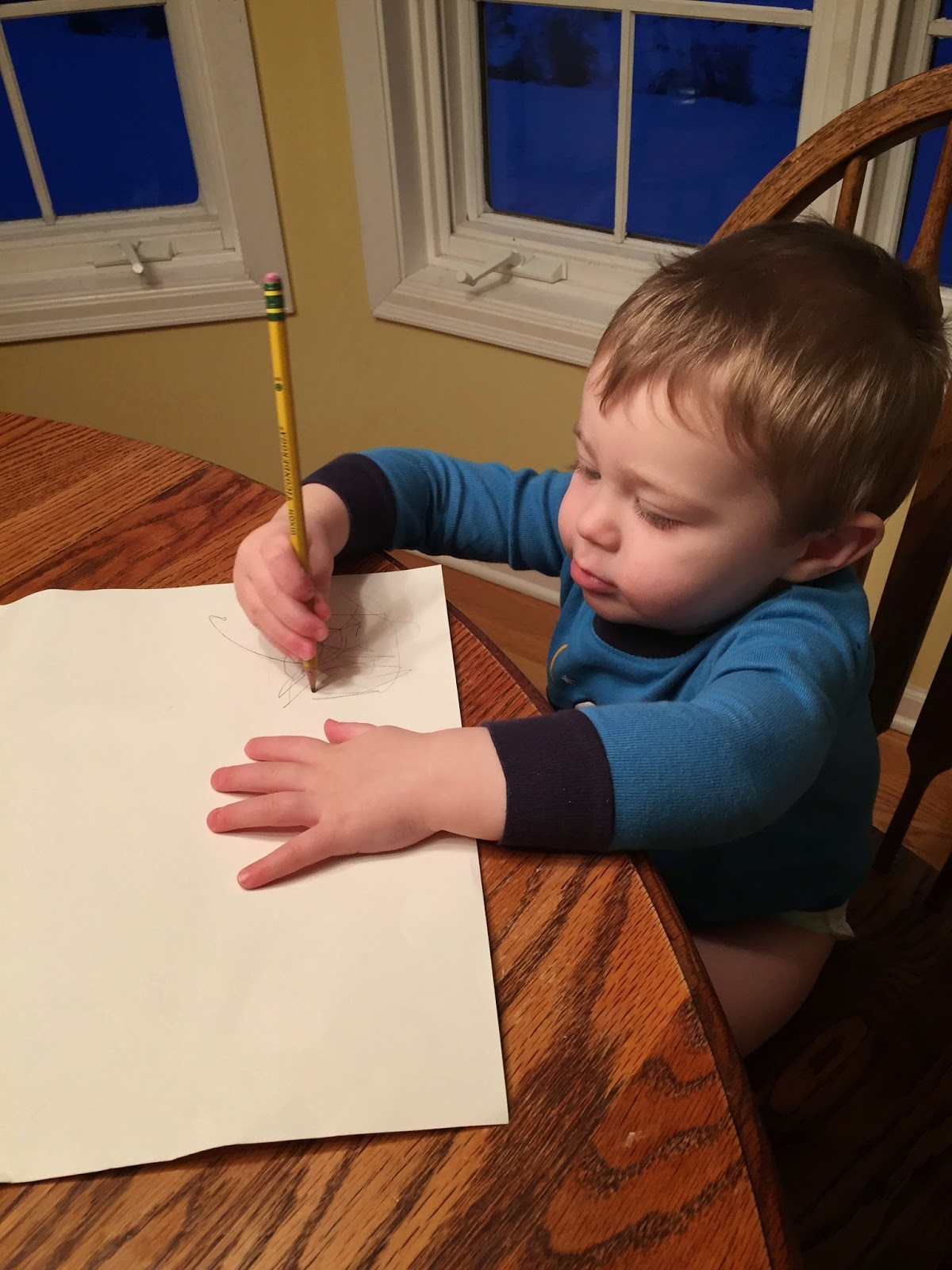 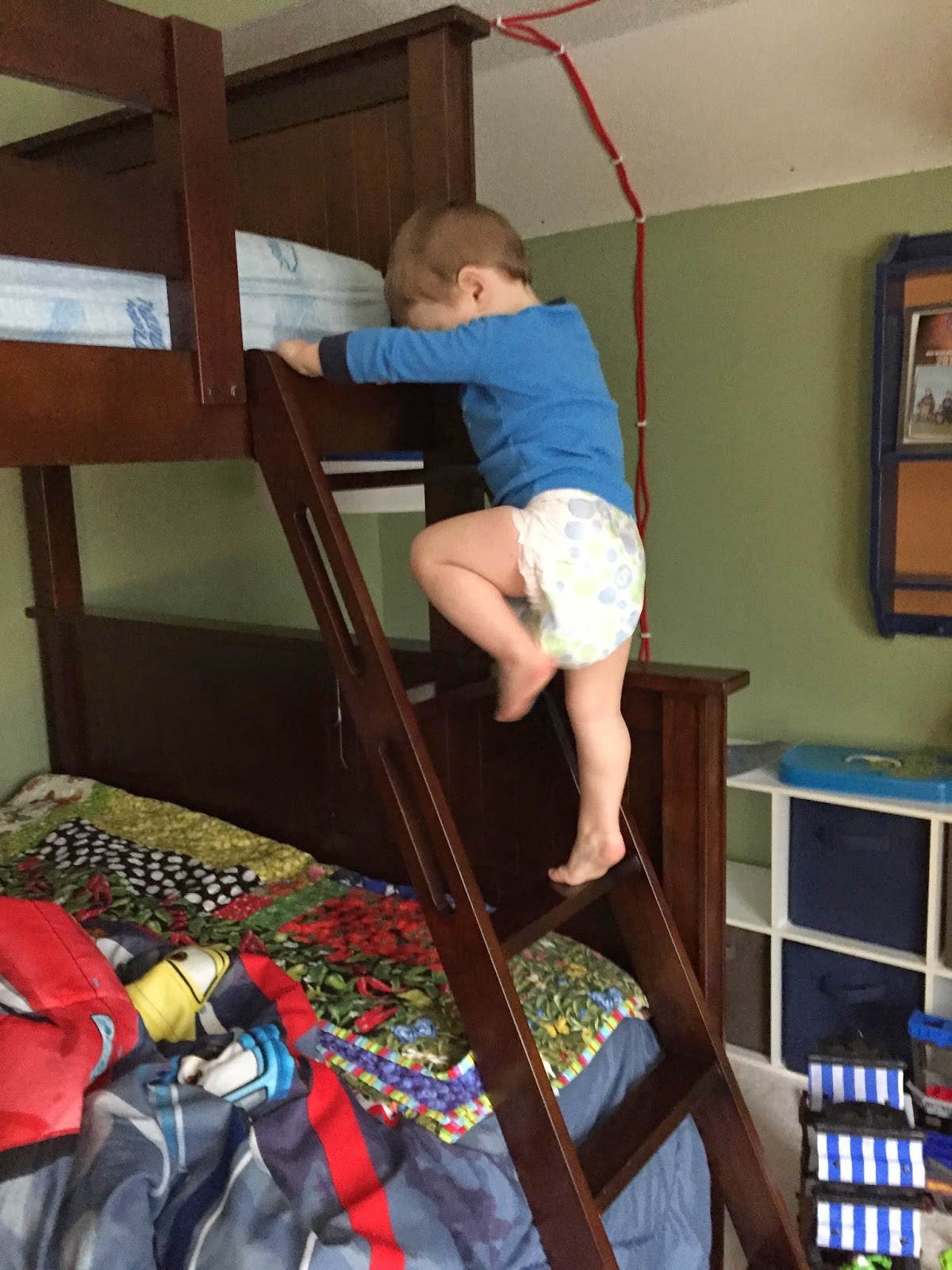 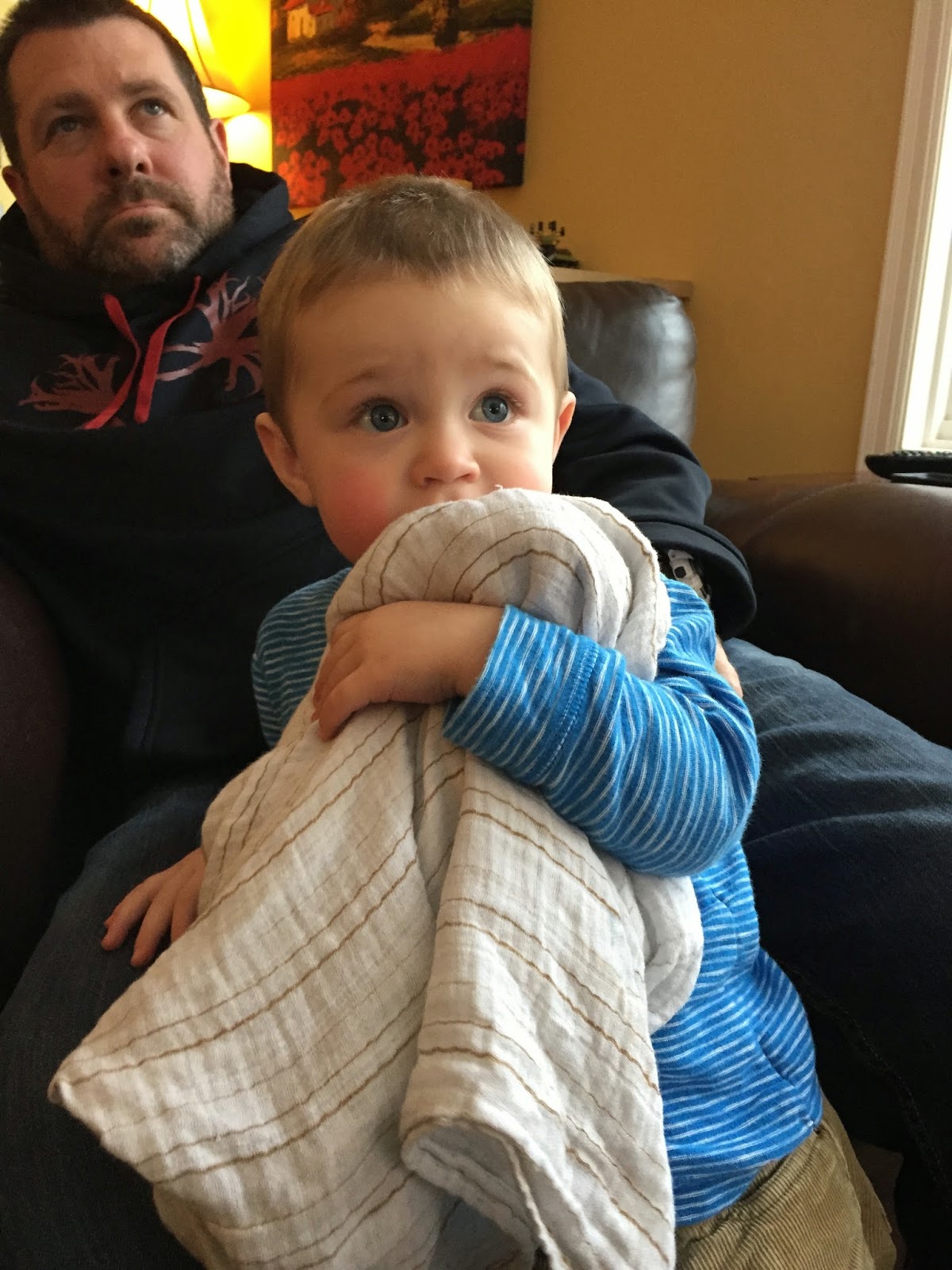 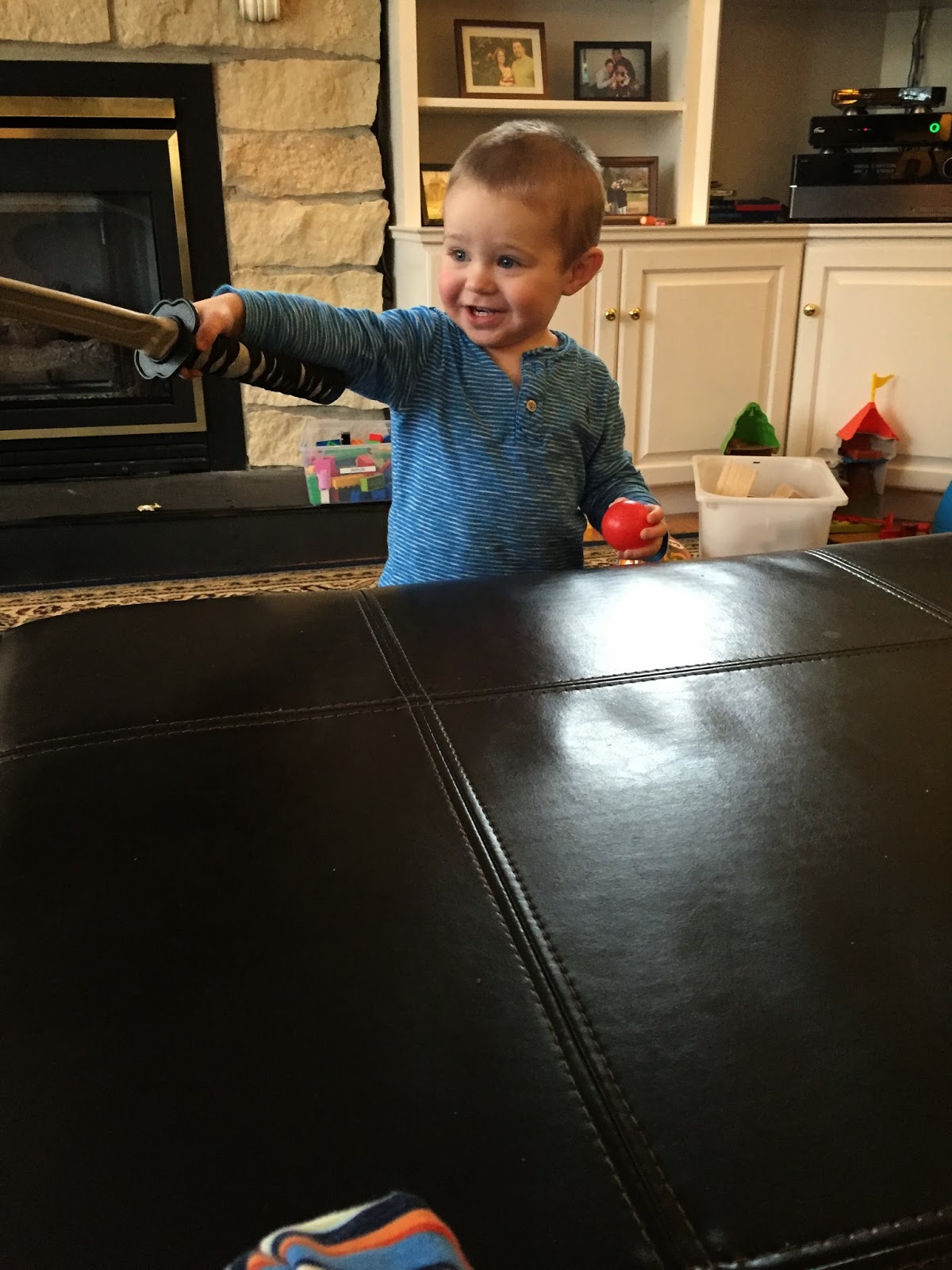 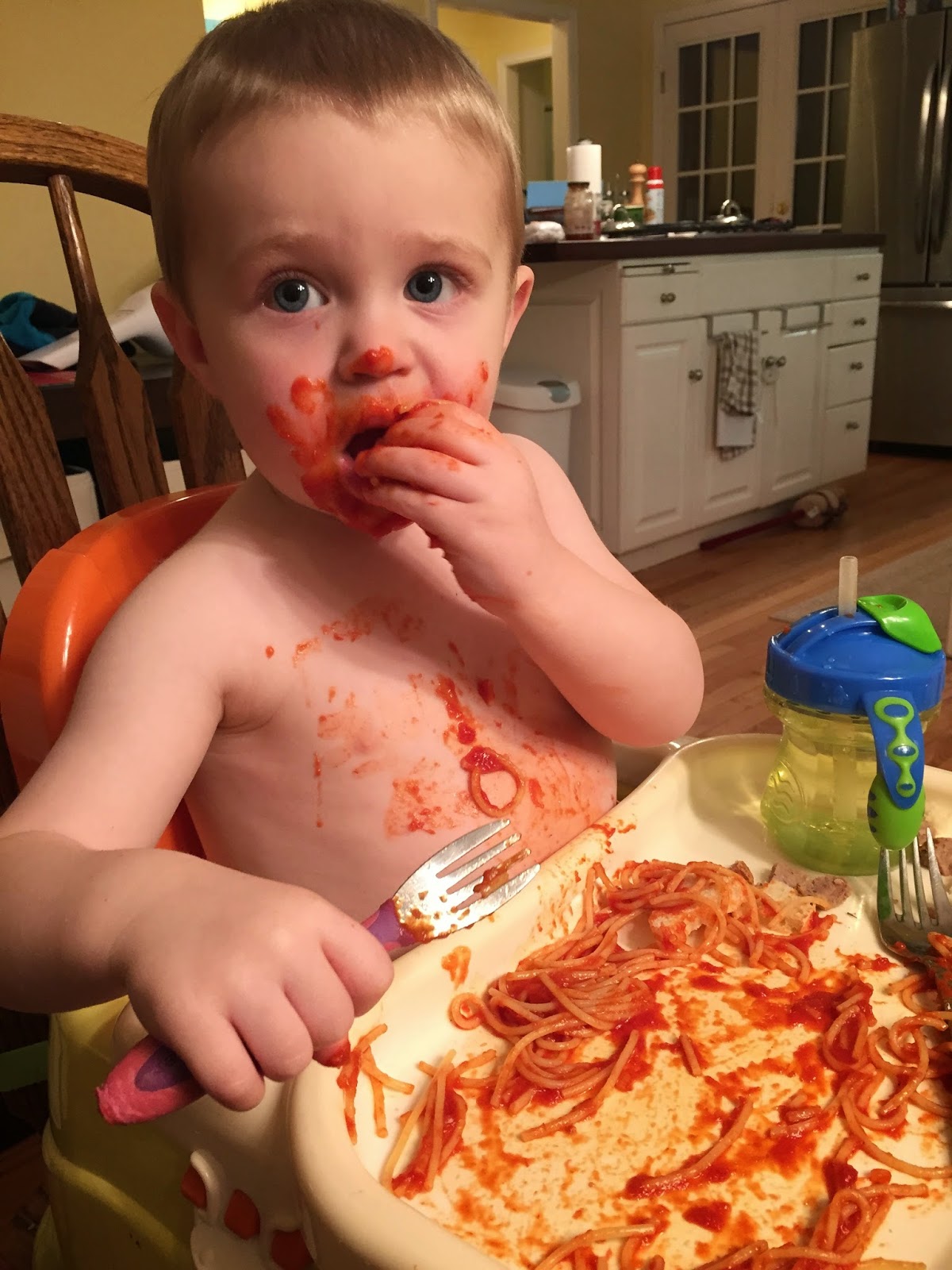 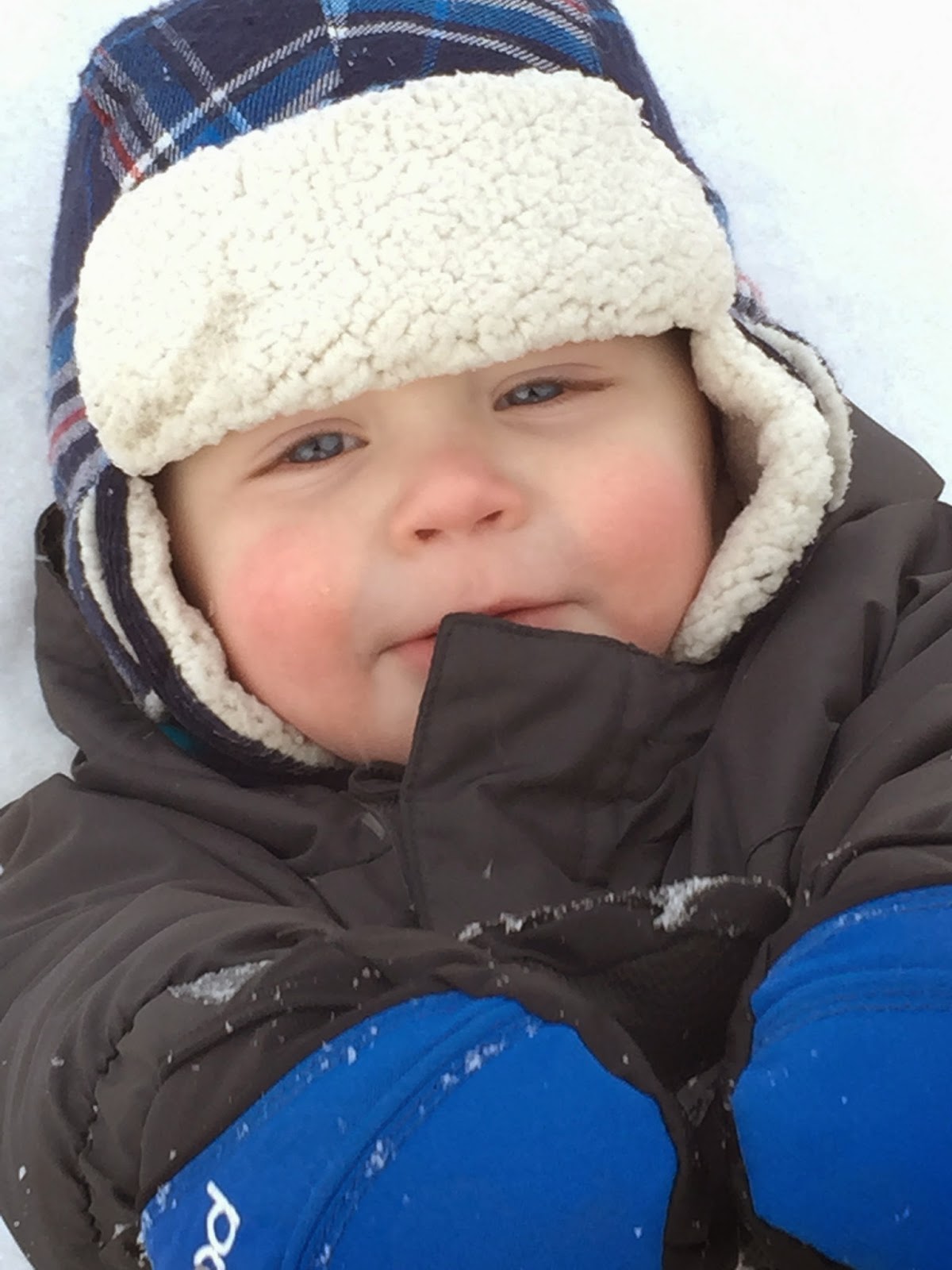 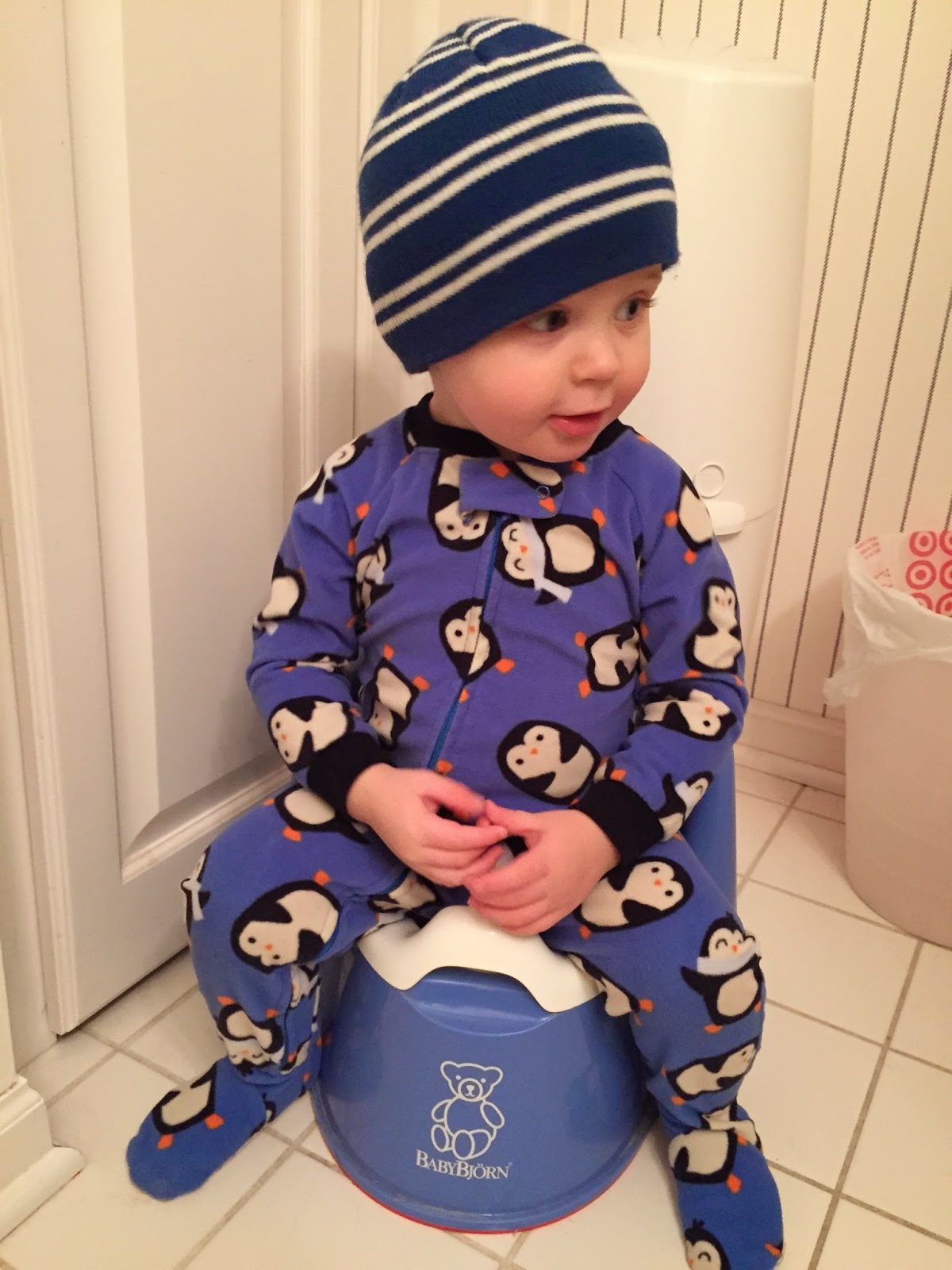 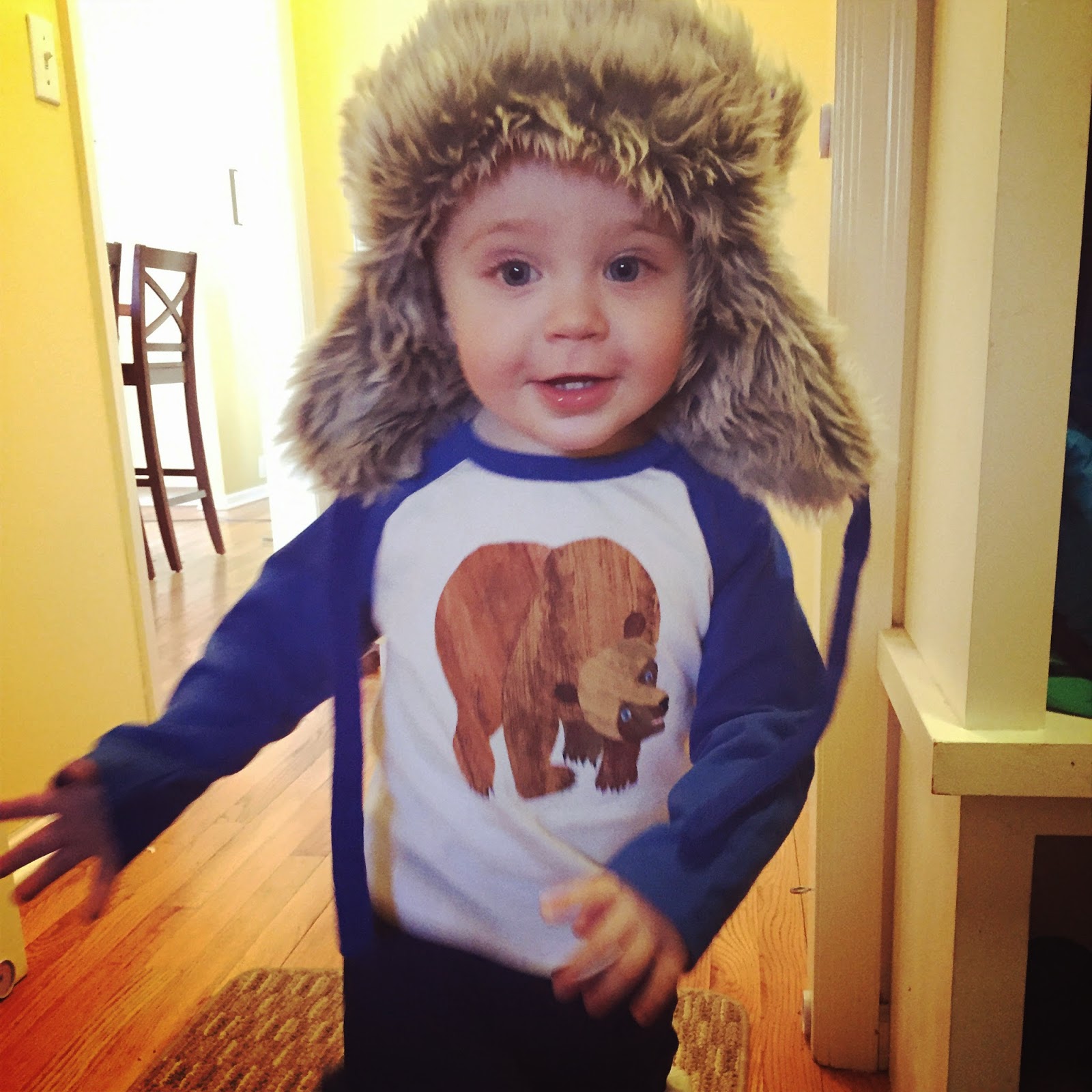 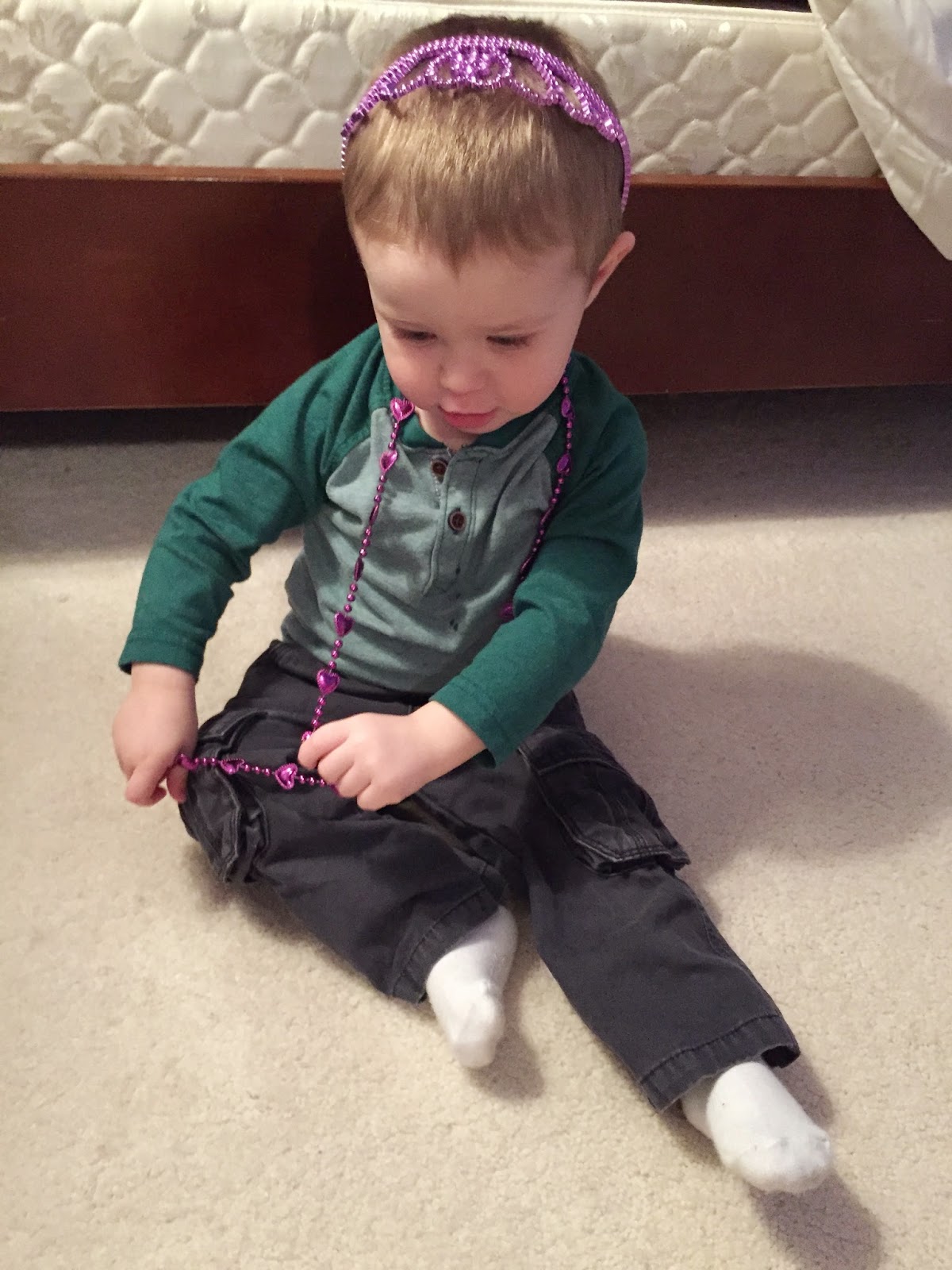 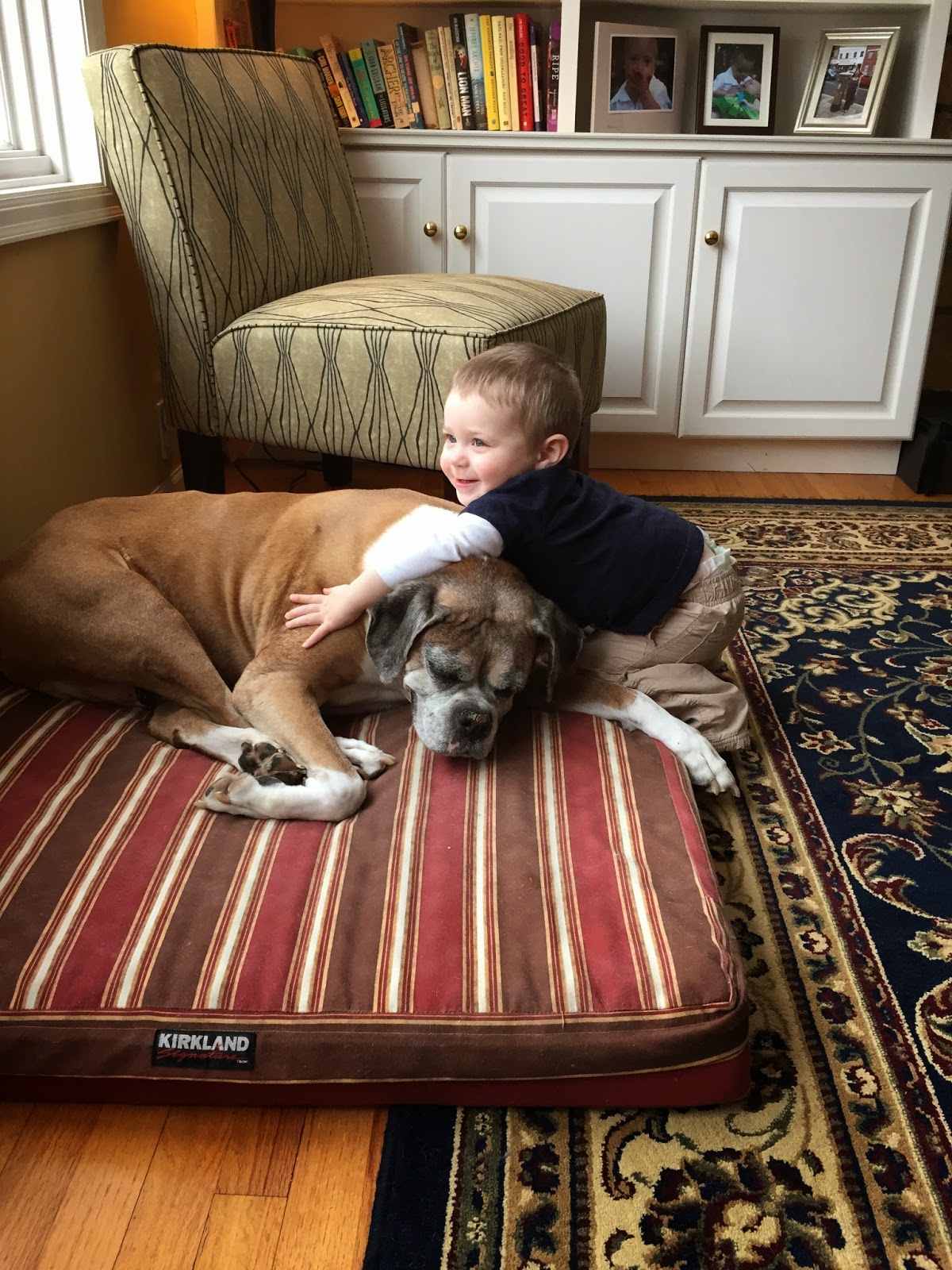 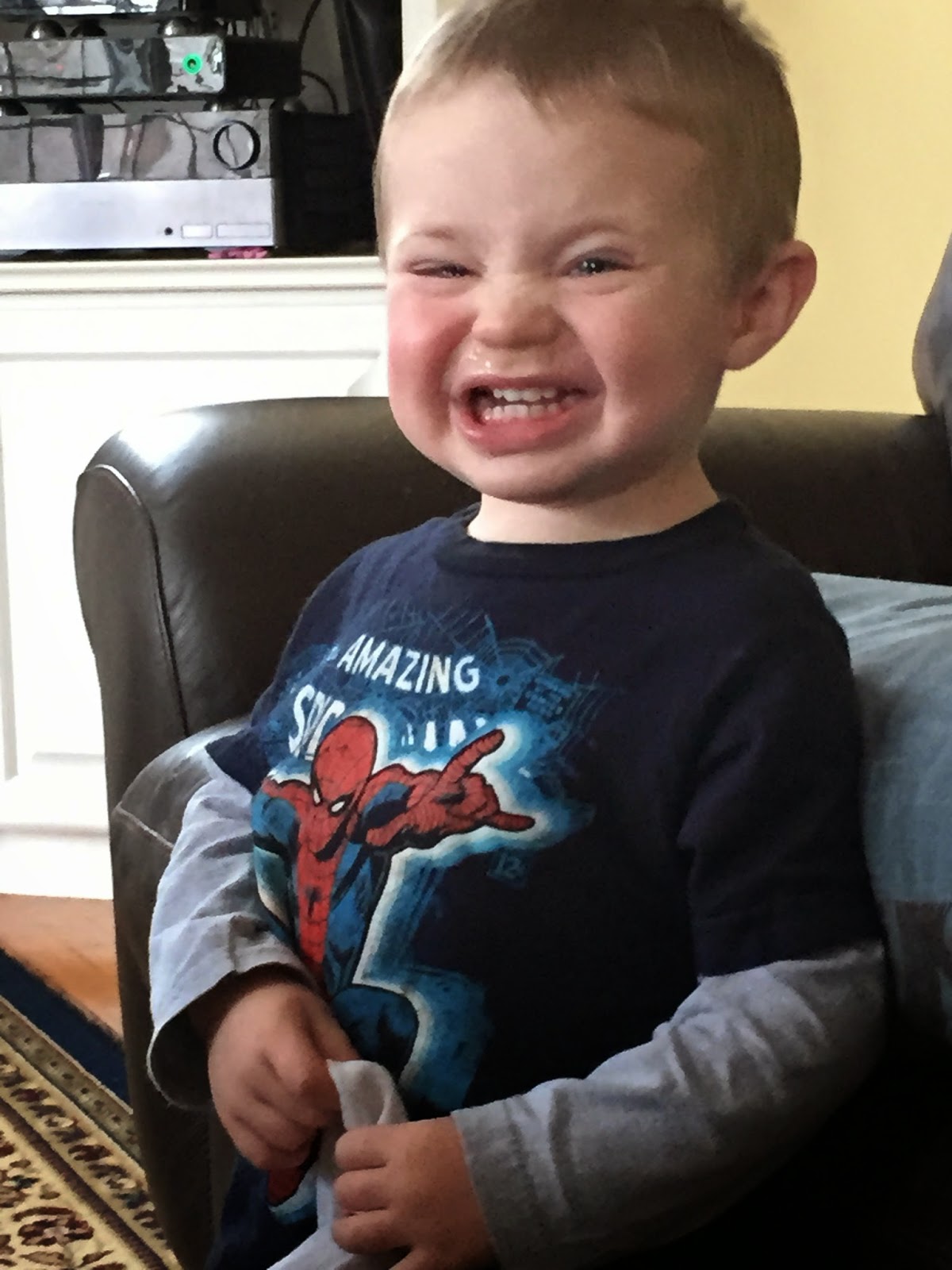 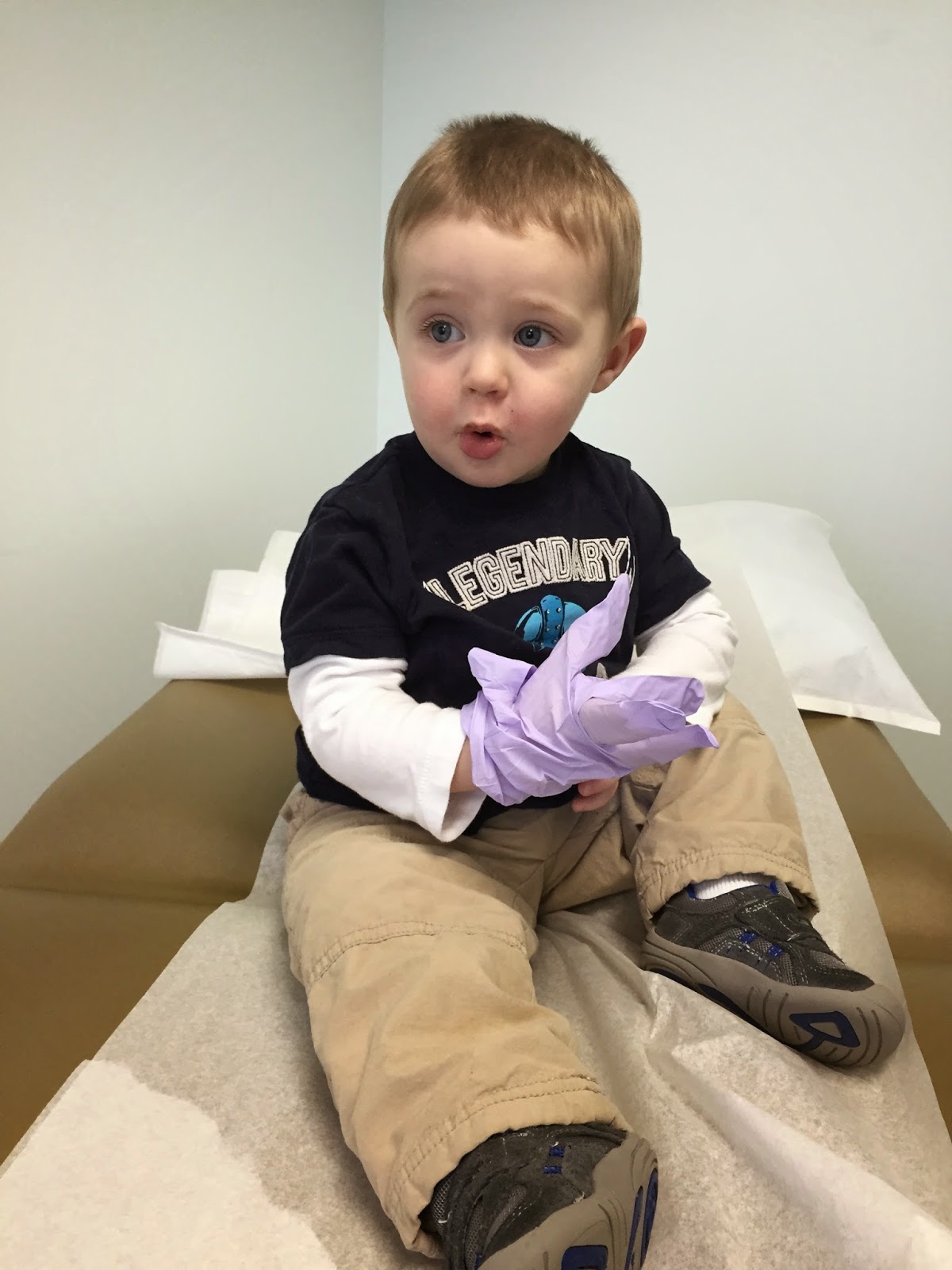 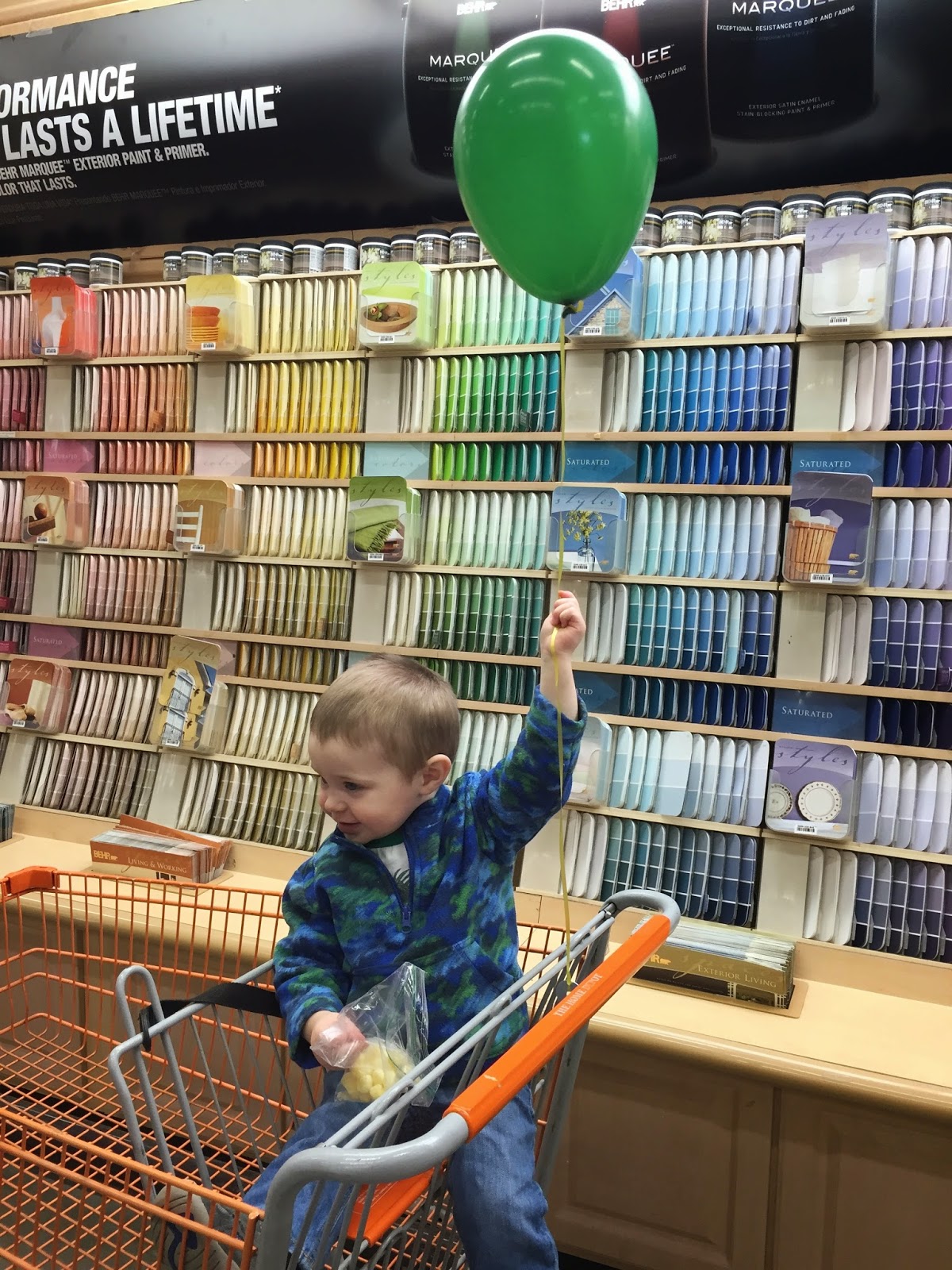 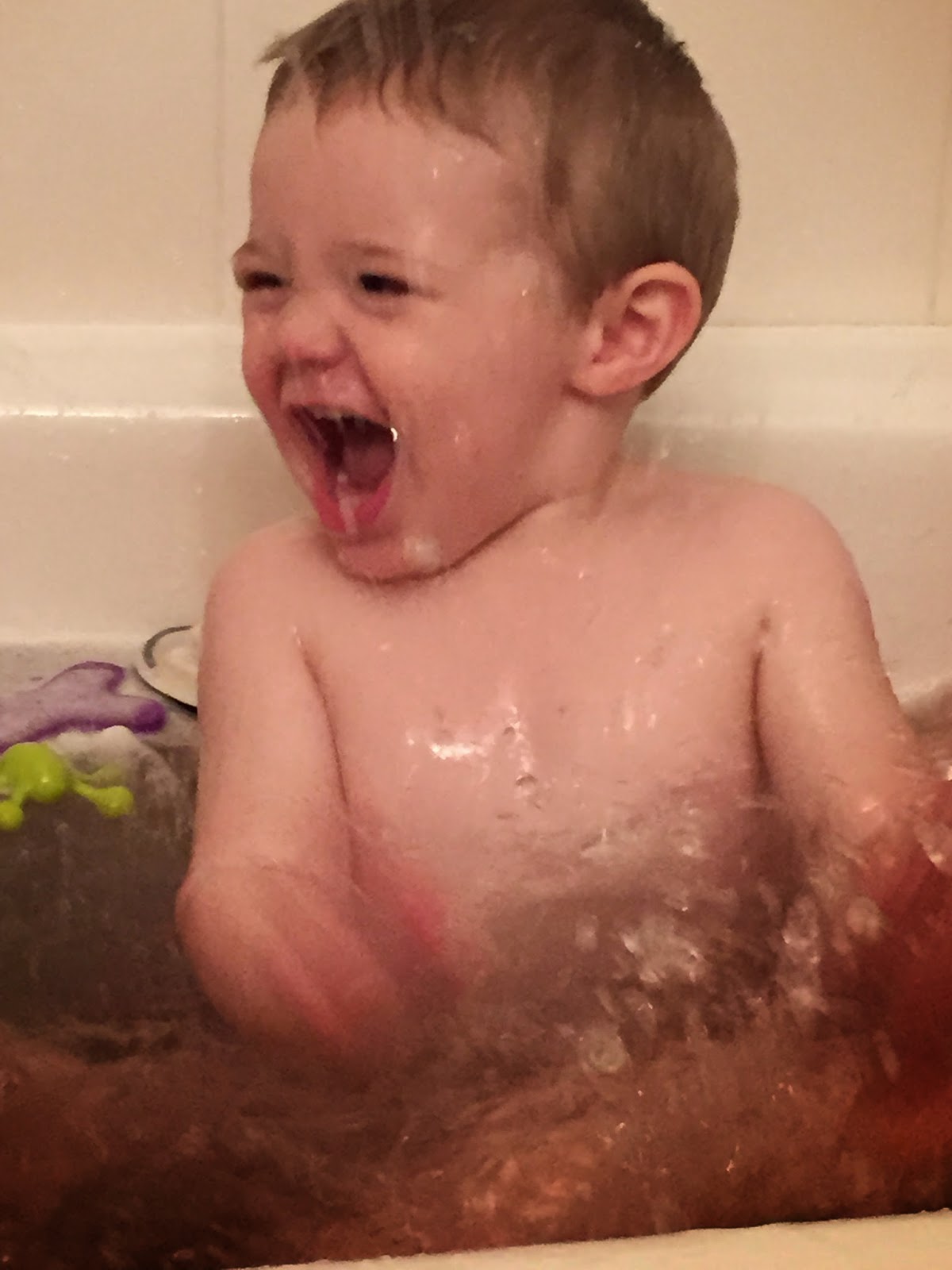 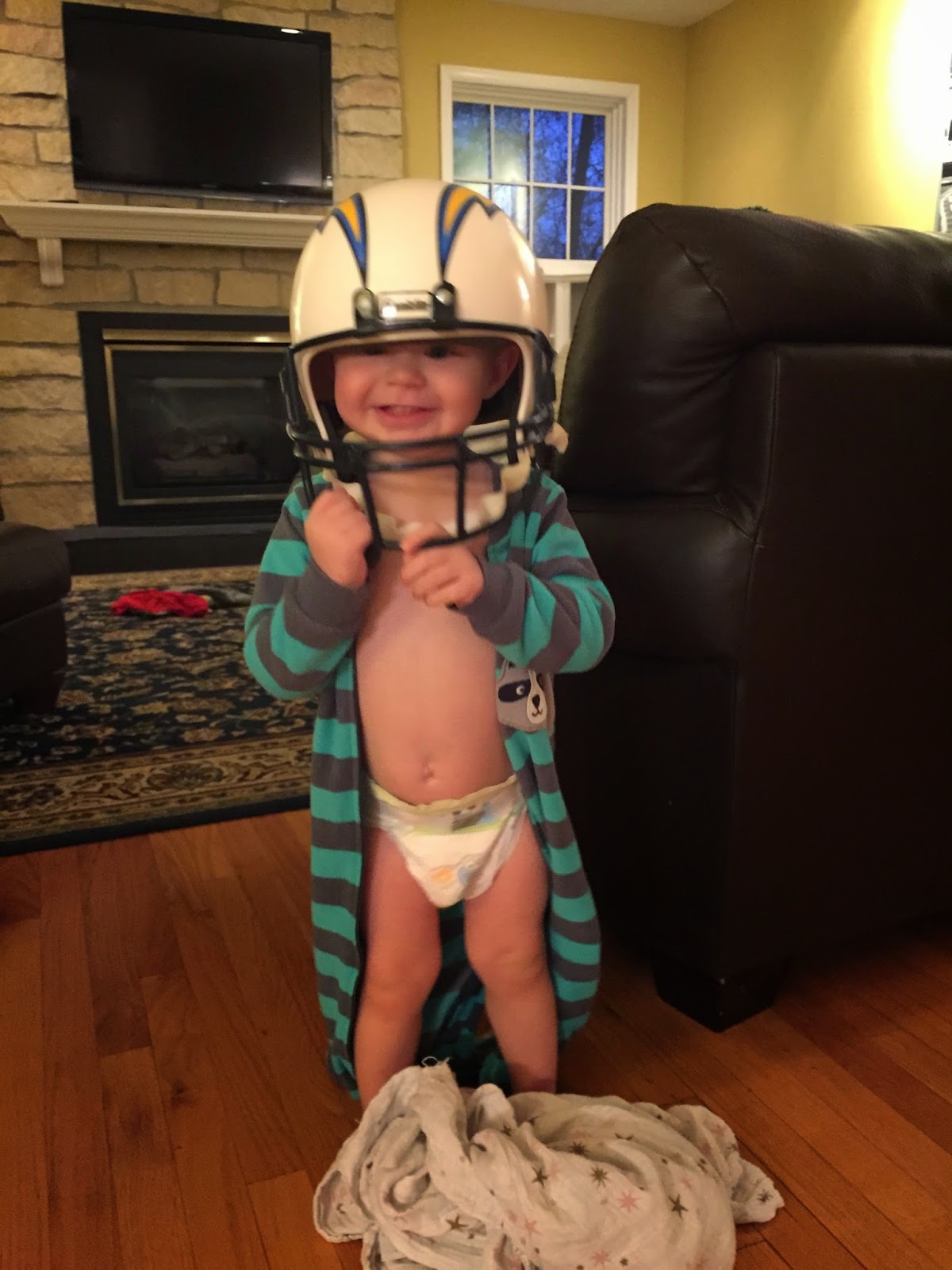 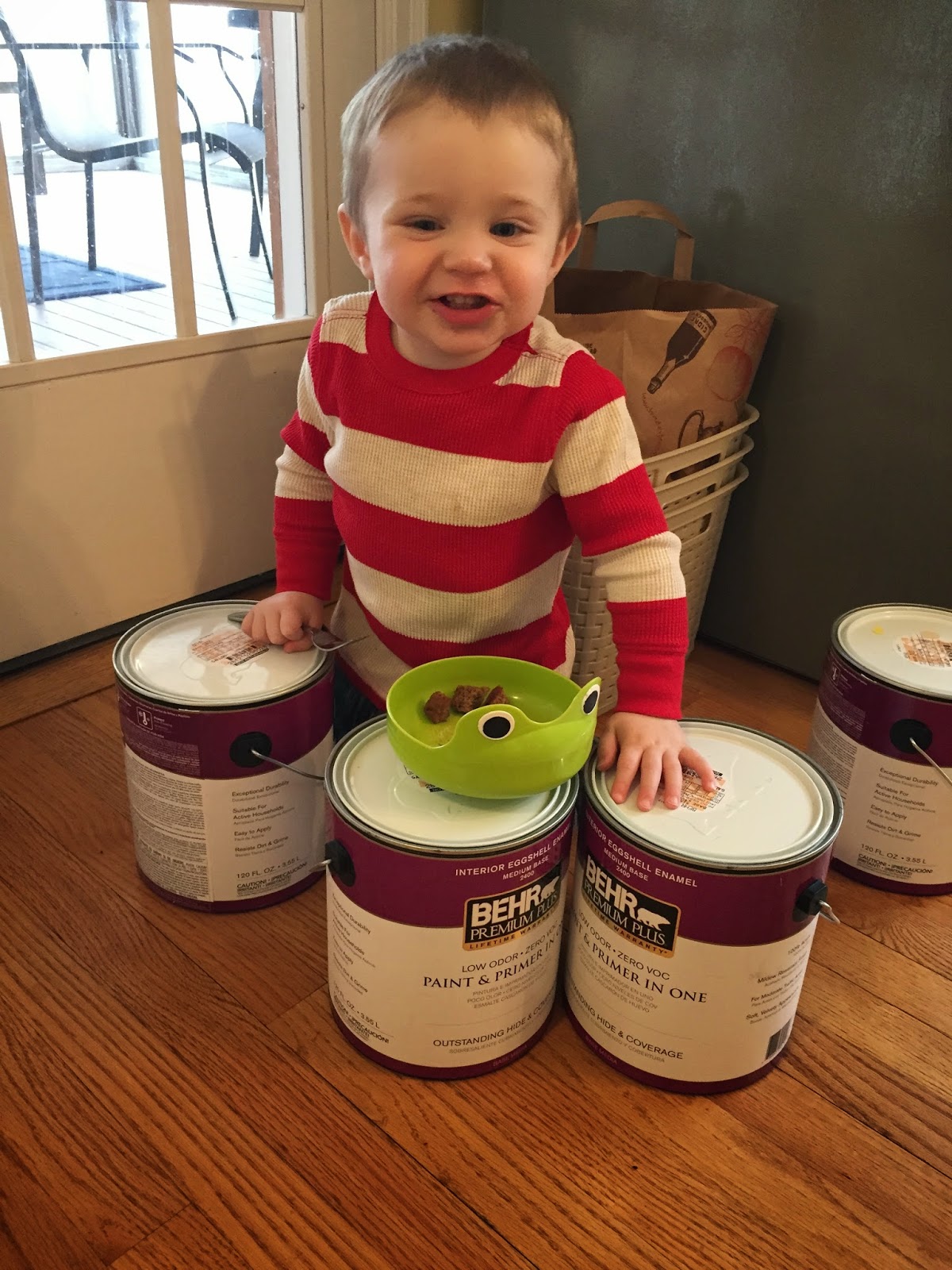 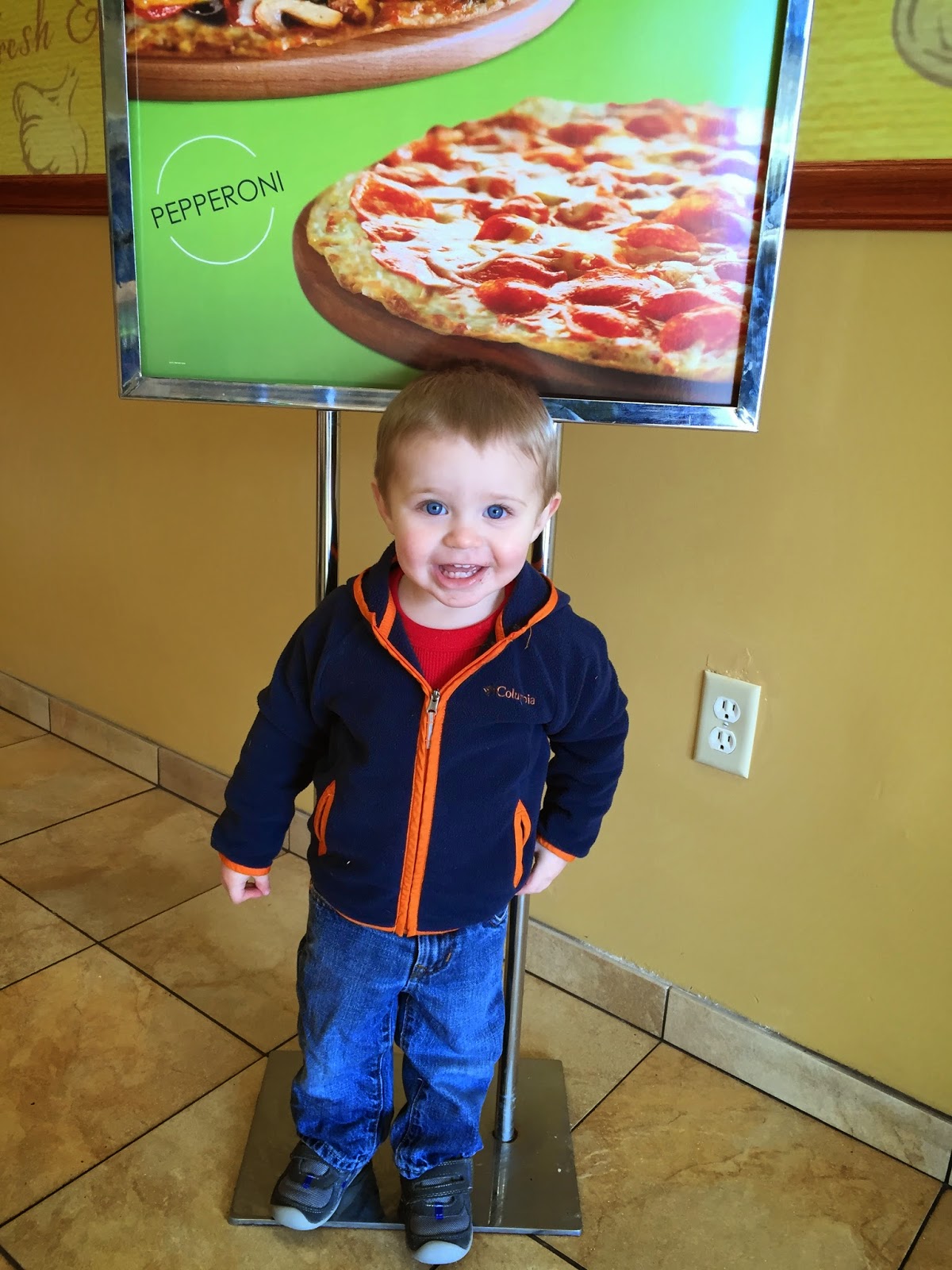 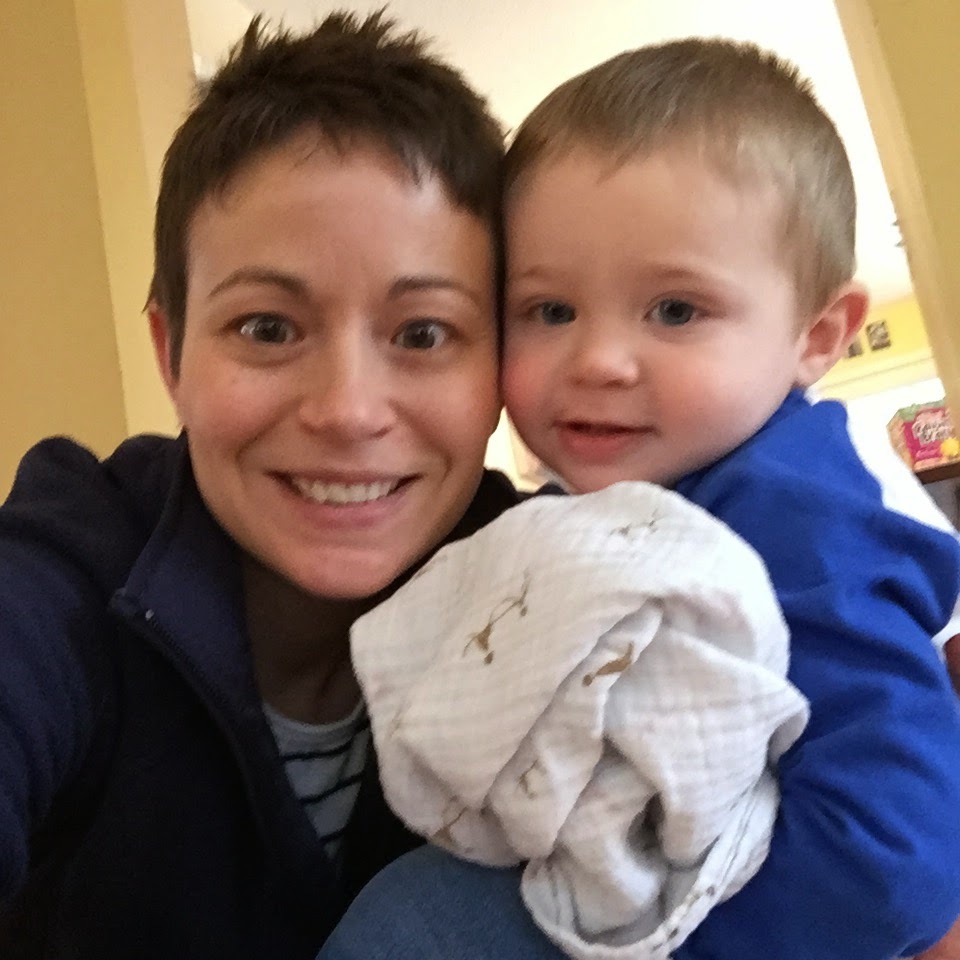 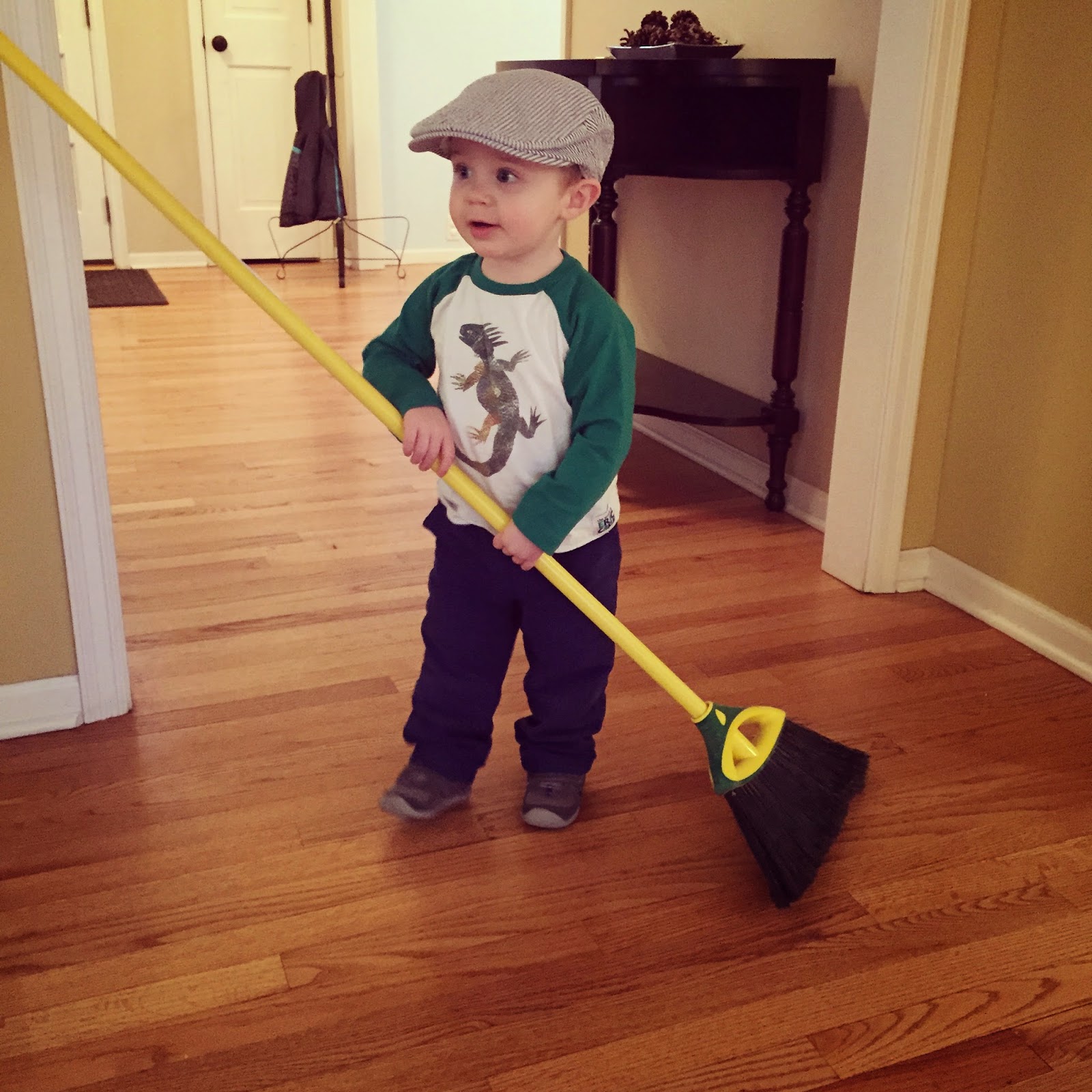 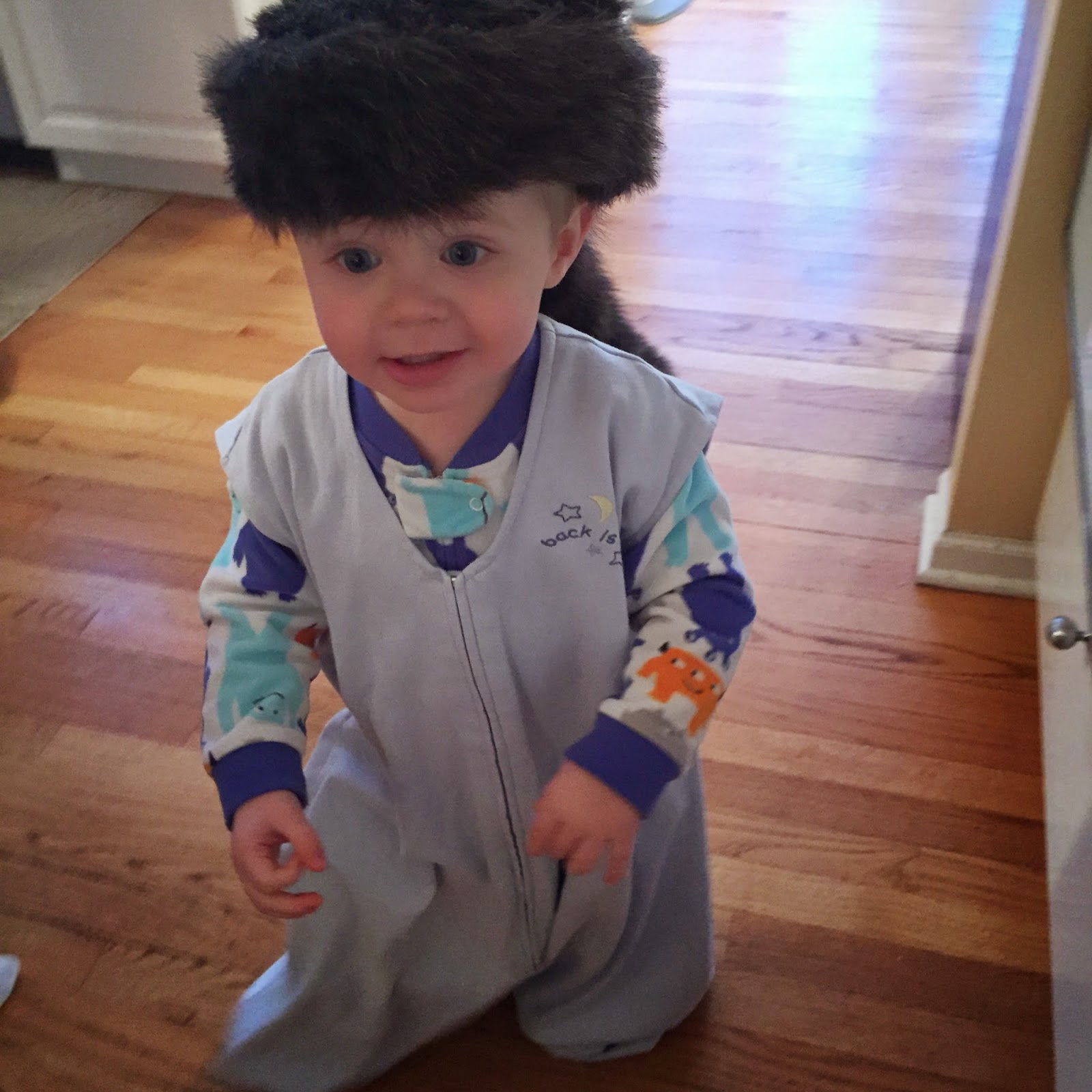